Twenty five lucky people were able to compare the taste of wine drunk from a silver goblet with that of a glass at the Australian Antique and Art Dealers Fair at the White Bay Cruise Terminal in Rozelle last month.

On offer were fine wines provided by Wine Selectors Australia and a variety of fine silver vessels to enable a direct comparison to be made.

The format was simple. Each patron was offered a sample of wine in a glass, then the same wine in a silver goblet and then again in a glass. Each wine was carefully chosen by the experts at Wine Selectors and described by connoisseurs Shane Harris and Pete Dudley. This was followed by a description of the goblet being used.

The wines on offer were a Tar and Roses Shiraz from Heathcote in Victoria, an Andrew Thomas Shiraz from the Hunter Valley, a Di Giorgio Cabernet Sauvignion from the Coonawarra, a Silouette Sangiovese from the Murray Riverland, and a Byron and Harold Pinot Noir from Western Australia.

For those who wanted to compare the taste of white wine a First Creek Sauvignion Blanc from the Hunter Valley and a Helens Hill Fume Blanc from the Yarra Valley were provided. A perfect panoply of wines for the enthusiastic participants!

There were a variety of Victorian and Edwardian goblets provided by Brian Abbott of Abbotts Antiques, Alan Landis of Alan Landis Antiques, Wes Rutherford  of Rutherford, Michael and Victoria Greene of Greene and Greene and Matthew Lafite of Lafite Fine Silver.

Amongst the standout vessels were a rare Commonwealth chalice made by Thomas Hodges In London in 1649, a very heavy Mexican gilt beaker provided by Michael and Victoria Greene and a Victorian goblet heavily chased with a hunting scene from Wes Rutherford. Matthew Lafite lent a pair of George III Irish goblets made in Dublin by Gustavus Byrne in 1808 and a superb arts and crafts revival cup made by Alwyn Carr in London

There was silver from England, Ireland, Mexico and India, the latter being represented by a Georgian goblet made by Hamiltons of Calcutta an Art Deco one made by Cooke and Kelvey.

And the results? All of the patrons could differentiate between the taste of wine drunk from silver and glass. About 70% preferred Shiraz drunk from silver and about 65% preferred the lighter Cab-Sav and Pinot from silver. Some tried the Sauvignion Blanc and the Fume Banc but those who did preferred the taste from the heavily gilded Mexican beaker. In that sense the pleasure was in the feel of the vessel because, unlike silver, gold is inert and does not react with the wine.

Now all that remains is for the members to try the test themselves….. 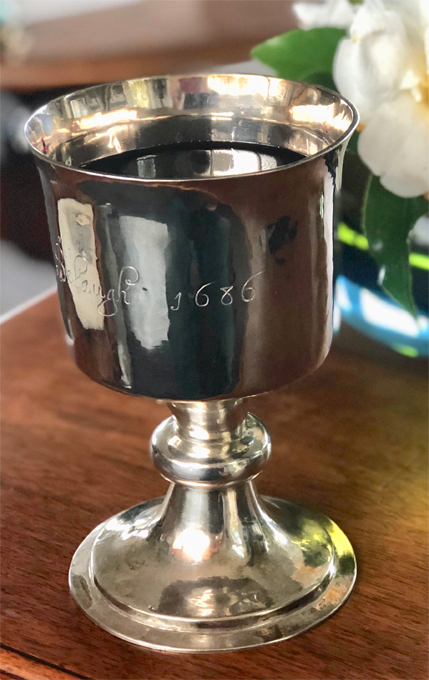 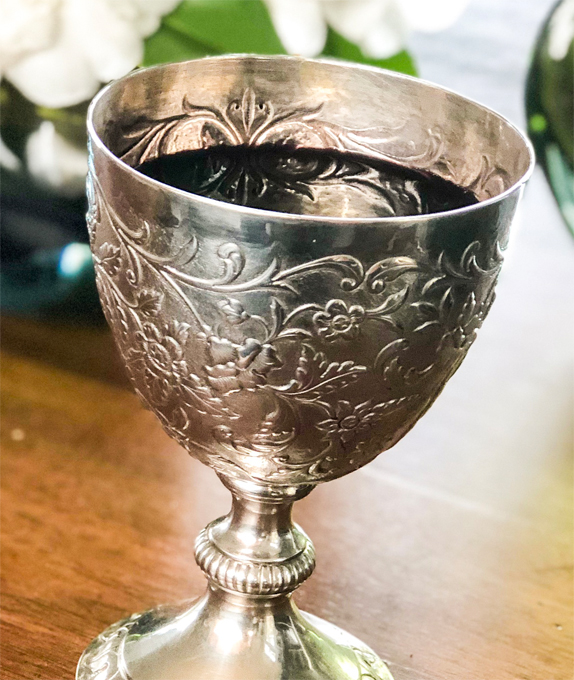 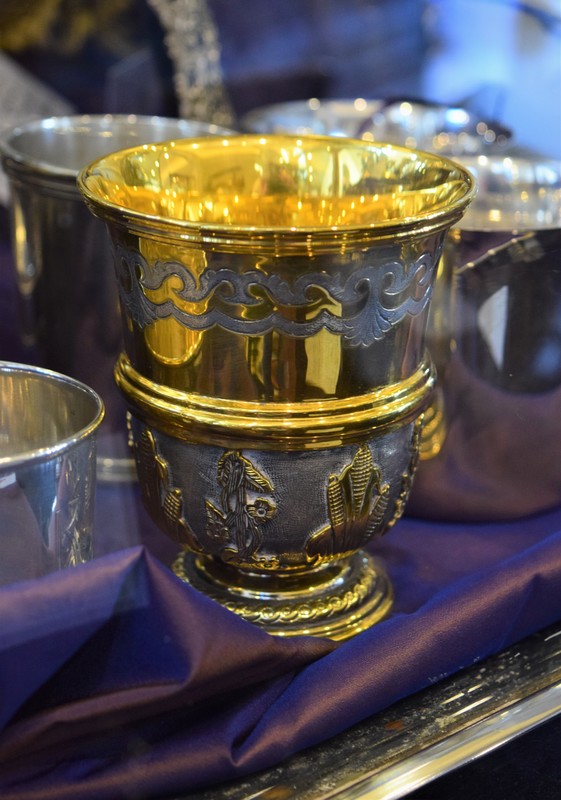 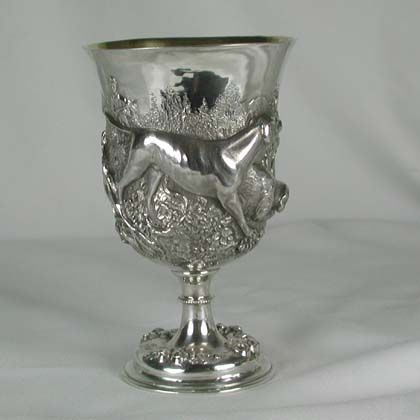