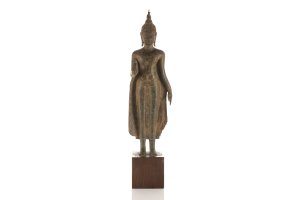 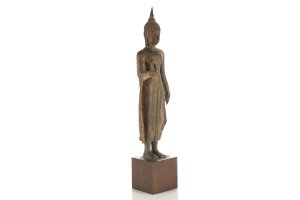 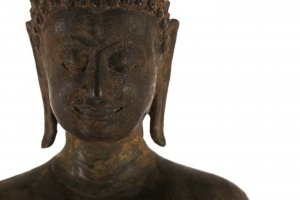 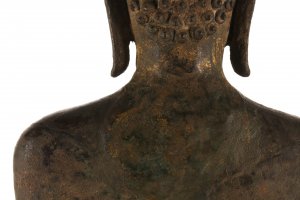 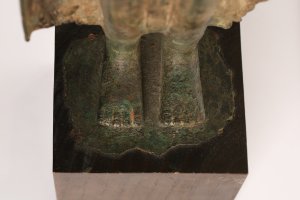 The image of the historical buddha standing in samapanna wearing a diaphanous uttarasanga and antaravasaka with one hand raised in abhayamudra. The ushnisha surmounted by a 5 pointed flame symbolising the burning away of selfhood; a motive originally taken from medieval Sri Larkin sculpture. The face with serene expression flanked by pendulous earlobes referencing his nobly upbringing. Extensive traces of gilding.