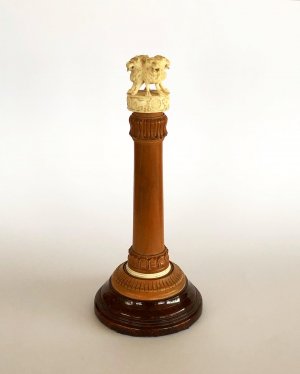 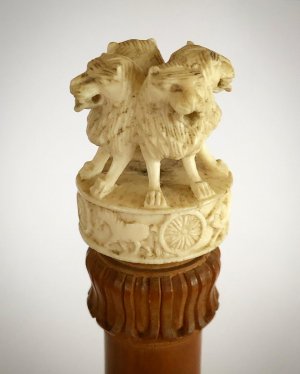 Model of the pillar of Ashoka found at Sarnath. The pillars of Ashoka are a series of monolithic columns positioned throughout Northern India built by Mauryan Emperor Ashoka (268 - 232 BCE). Medieval Chinese Buddhist pilgrims mention this particular column but it was lost until rediscovered during the excavations undertaken by Friedrich Oscar Oertel in 1904-5.